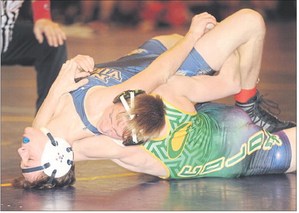 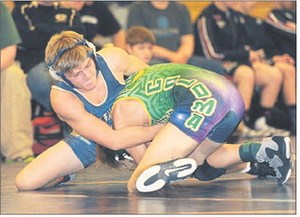 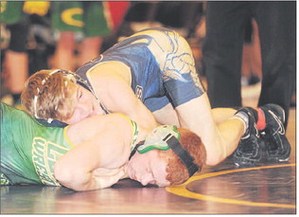 The Comets rolled to a 42-35 victory over the Niles “B” team in the championship round.

Billy Boyd and Cole Alsup followed up by pinning Caiden Smith and Darian Sosa at 215 pounds and heavyweight to close out the Vikings.

“Niles is good, they are always tough,” said Coloma coach Ken Ashley. “We got a lot of young kids but they worked hard and put the time in. We have a lot of work to do still, but we will be alright.”

The Comets did well defending against pins, with most of their losses coming by void or decision.

“The biggest thing about team wrestling is that we cannot be on our backs,” said Ashley. “Giving up three points instead of six is a big swing for us.

“That helped us out with Niles and Bloomingdale. Our 145 (Alec Dela-Torre) fought off his back for most of the third period and that saved us, otherwise we wouldn’t have had a shot.”