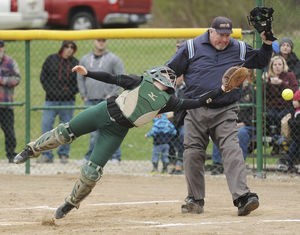 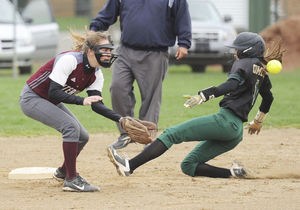 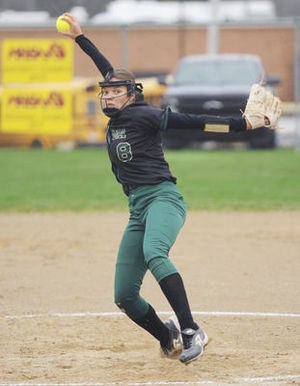 The Comets were nearly flawless in a 5-0, 10-0 sweep of rival Watervliet in a Southwestern Athletic Conference Lakeshore Division doubleheader, earning a postgame cartwheel from coach Wendy Goodline.

“That’s our thing,” Goodline said. “I’m getting too old for that, though. I had to do it for them.

“It was a pretty darn good day. This is just a hard-working group. They’re committed, they’re on a mission, and they have goals. They’re really getting there.”

Those goals include a deep run in the postseason.

“We’re excited,” Coloma pitcher Skylar Crisenbery said. “If we’re not in the last weekend, that’s kind of a shame. We’re really pushing for that last weekend of ball.”

Crisenbery pitched a shutout in the opener, striking out eight, and Jaidyn Hutsell followed with a no-hitter in the second game with six strikeouts.

Coloma (2-0 SAC Lakeshore, 4-0) relied heavily on Crisenbery last season, but with the addition of Hutsell, a transfer from Grace Christian, the Comets now have two experienced pitchers.

“It helps me a lot,” Crisenbery said. “Now I can just worry about my first game. I know that I have a backup, and I can give it my all, 100 percent through the whole game.”

Crisenbery batted ninth, but was Coloma’s top hitter in the opener with two singles and a double. Eighth batter Jenna Walter added a solo home run, showing the depth in the Comets’ lineup.

“In my 18 years (as coach), this may be my best order top to bottom,” Goodline said.

Watervliet (0-2, 2-2) had chances in the opener. Logan Mizwicki had a double, and pitcher Kara Liles added two singles, but the Panthers left nine runners on base. Seven of their eight strikeouts were looking.

Coloma broke open the second game with a four-run fourth inning, including an RBI triple by freshman leadoff hitter Megan Koenigshof. Mya Potter ended the game in the bottom of the sixth with a two-run double that triggered the 10-run mercy rule.

“We didn’t execute on the defensive part,” Watervliet coach Tom Golden said. “Their pitchers kept us off balance. No excuse, they’re a better team today. We’ll probably face them again later on at the end of the season.

“When you play an elite team like that, you know what you need to do. We need to make sure that we buckle down on our defense, be more aggressive at the plate and not allow their pitchers to get deep in the count.”