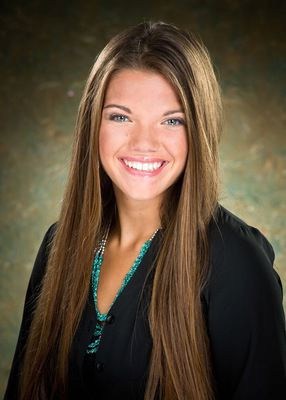 Skylar Crisenbery knows she isn’t the most overpowering pitcher out there, but she doesn’t let that stop her from dominating in the circle.

“(She’s a) hard worker, puts a lot of time into softball,” said Coloma softball coach Wendy Goodline. “I think when somebody watches her on the mound the initial thought is, ‘she’s alright’, and then they get up into the batter’s box and her ball really moves and throws people off. She doesn’t blaze it past them, but, boy, can she spin it.”

Crisenbery has helped herself out on the offensive end plenty this season, too. In the batter’s box, she has a .375 average and 12 RBIs.

The Comets made it to the state quarterfinals last year before falling to Napoleon 9-7. This year, Crisenbery and the Comets are looking to make another deep postseason run.

Crisenbery recently committed to play Division 3 softball at Alma College. She is a member of the National Honor Society and is senior class president.

What are your goals for your final season?

As a team goal I definitely see us going to make a state run like we did last year. I think we have the same talent and abilities. (We’re) a little younger than we were last year, but definitely just as talented. Individually, nothing really specific. I focus more on just producing ground balls and pop flies for my defense, and that’s basically my job.

How long have you been playing softball?

Since I was six. It’s definitely just a lifestyle.

Do you have any plans for your major at Alma?

I plan on majoring in psychology and health science, and I also want a minor in Spanish.

I’ve always had a natural movement, but I also understand that I’m not an overpowering pitcher, so I have to focus on the spin of the ball. My mindset is just to go after every hitter and not try to pitch around them. (I) just go after them, because I know I have a good curveball and screwball. So just going after them and trying to produce the ground balls and the flyouts because I know I have a good defense behind me.

Would you rather pitch or hit?

That’s a hard question. I’d say I like pitching more just because I think softball is more of a defensive game, especially now that everyone can hit. I also like hitting because I can help myself out, help my team out, if I’m struggling in the circle.