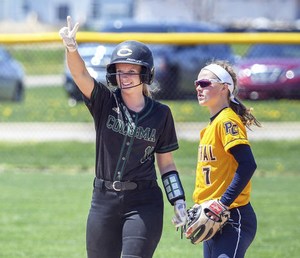 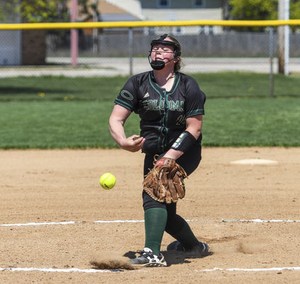 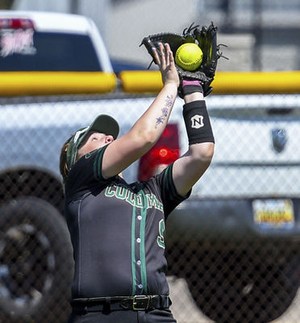 STEVENSVILLE — Coloma not only won an invitational title on Saturday, but handily defeated a ranked team while doing it.

The Comets, ranked No. 1 in Division 3, topped South Bend St. Joseph 10-5 in the championship round of Lakeshore’s eight-team softball invitational on Saturday.

The Indians are ranked No. 5 in Class 3A, Indiana’s second largest class, and defeated host Lakeshore – No. 1 in Division 2 – in a 2-0 shutout to advance to the title game.

After trailing 4-1 heading into the fourth, Coloma (20-1) tied the game at four with a pair of home runs from Mya Potter and Sam Stewart. The Comets then took the lead for good with a pair of RBI doubles from Morgan Wagner and Potter.

"It’s different people coming through for us at different times, which is awesome," Coloma coach Wendy Goodline said of her team’s hitting. "I think that was our Achilles heel last year we couldn’t quite produce (hitters down the line), and this year we are able to produce 1 through 9."

Kayla Yore hit a double for a run in the sixth, and Jaidyn Hutsell brought in Skylar Crisenbery in the seventh to put Coloma up 8-4. Megan Neubecker added a pair of insurance runs with a home run over right field.

St. Joseph (14-4) added to an early 2-1 lead with a two-run home run from Shannon Mackey. Megan Welsh gave the Indians a small bump in the sixth with an RBI double.

The Comets matched their strong offense with an even stronger defense. They kept the Indians scoreless in the fourth and fifth with three groundouts, a fly out and two strikeouts by Hutsell.

Micah Anderson made a diving catch in shallow right field, closing out the sixth inning and preventing two potential runs from scoring. Hutsell ended the game by catching a line drive and making a double play at first base.

"We preach defense," Goodline said. "Offense we’ve worked hard on hitti ng the ball, but defense we focus on every day. There isn’t a practice where we don’t work on defense, and we played good defense today.

"I think we had two errors the whole day. We are just playing solid softball and (the girls) are believing in what we are doing. They don’t give up. They got behind and kept battling back, staying confident in themselves. I’m fighting to find something to critique them about."