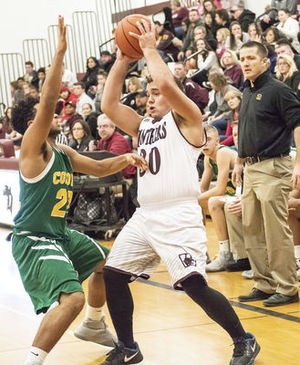 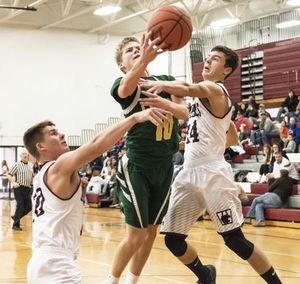 WATERVLIET — Zach Goodline was a force offensively and defensively for Coloma in a 49-27 boys basketball victory over rival Watervliet on Tuesday in Southwestern Athletic Conference Lakeshore Division action.

The sophomore guard had 23 points and six assists, and led the Comets’ defensive pressure with 10 steals.

“He’s sort of the straw that stirs the drink,” Coloma coach Paul Marfia said. “It’s tough to ask a sophomore to do that. Sometimes I had to ask a freshman to do it last year. But he’s a kid that gets in the gym and works real hard, and he’s figuring it out and getting better every game.”

“I was proud of the defensive part of it,” Marfia said. “I thought we did good, and I thought we played smart offense. Sometimes when you play smart offense, it makes your defense a whole lot better.”

“They forced a lot of turnovers,” Watervliet coach Chris Prom said. “They took care of the ball, and overall they just executed start to finish better than we did.”

Watervliet fought back from the early deficit, getting as close as 23-15 late in the second quarter, but couldn’t find enough offense to make a serious rally.

“Defensive effort I thought was good all night, especially on their pick-and-roll stuff,” Prom said. “Goodline, he’s a good player and he got his points, but overall defensive effort, I was good with it. We’re just looking for some more offense, and that will come as the season progresses.”