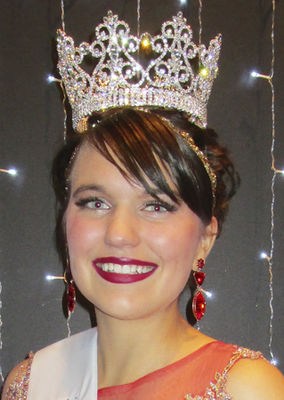 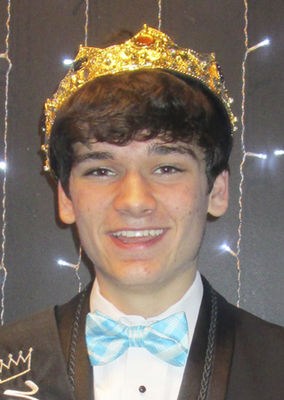 Cassidy, 18, the daughter of William and Corine Fickett, is a senior at Coloma High School. She plans to get a bachelor’s degree in international studies at the University of Michigan. She wants to join the Peace Corps and eventually become a foreign service officer.

She is in Student Council and National Honor Society, and is on the Academic Challenge Team. She enjoys reading, playing the ukulele, meditating and traveling.

She plans to study business at Lake Michigan College and transfer to Michigan State University to get a degree in sports management.

Harleigh Unger, 17, was chosen second runner-up. The daughter of Keith and Brandy Hiler goes to Watervliet High School. She plans to attend Ohio Technical College to study welding and then study horses at Lamar Community College in Colorado.

She is in choir, Coloma Metalworks and Country Kids. She rides horses, hunts and fishes.

Jacob Sharpe, 17, was chosen as Mr. Coloma. The son of John Sharpe and Candi Gabrielse, Sharpe is a senior at Coloma High School. He is in marching band and concert band. He plans to study diesel mechanics at the University of Northwestern Ohio.

Grant Kroschel, 18, was first runner-up. He is theson of Walt Kroschel and Kathy Becht.

Zack Heater, 18, was named Mr. Nice Guy by his fellow contestants and was second runner-up. The Coloma High School senior is the son of Mike an Audrey Heater.

The pageant theme was “Bedazzled.” Matt Malone and Lyndsay Zvonar hosted the event in the Coloma High School auditorium.